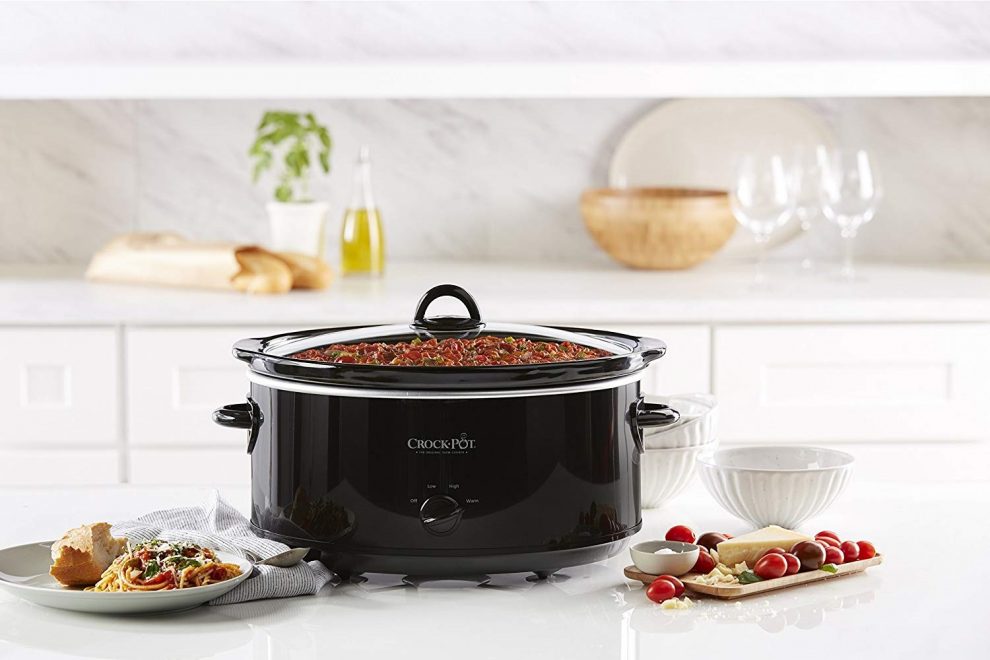 In a world of trademarks, we often begin to use name brands as generic labels when the brand becomes the most famous example. -Crock-pots are actually just the name brand for a type of slow cooker, so when we’re comparing these to dutch ovens, don’t be fooled.

However, you’ve likely owned or known someone with a -Crock-pot specifically. So, is the name brand better than a traditional dutch oven? Let’s find out.

What is a Crock-Pot? 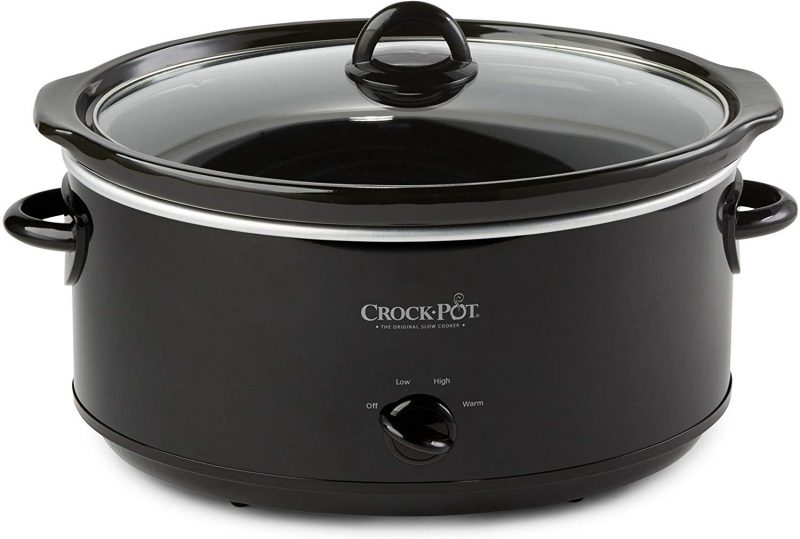 Crock-Pot was invented in 1936 by a man named Irving Naxon. He wanted a better way to cook his Jewish mother’s classic bean recipe, and so his invention became the slow cooker we know and love today. Other companies can make slow cookers, but Crock-Pot is the original.

Slow cookers feature an independent heat source that heats a ceramic crock to an even temperature. You can control the temperature directly on the unit. Most have low and high heats with a few having a warming option and some feature digital controls that give you more options for how hot and if it turns off.

The Crock-Pot is easy to clean, and most have removable crocks that can go in the dishwasher. Around 80% of households had these kitchen tools in 2011, and sales have been interrupted only by the appearance of microwaves in the ’80s. Today, they’re as popular as ever.

What are Dutch Ovens? 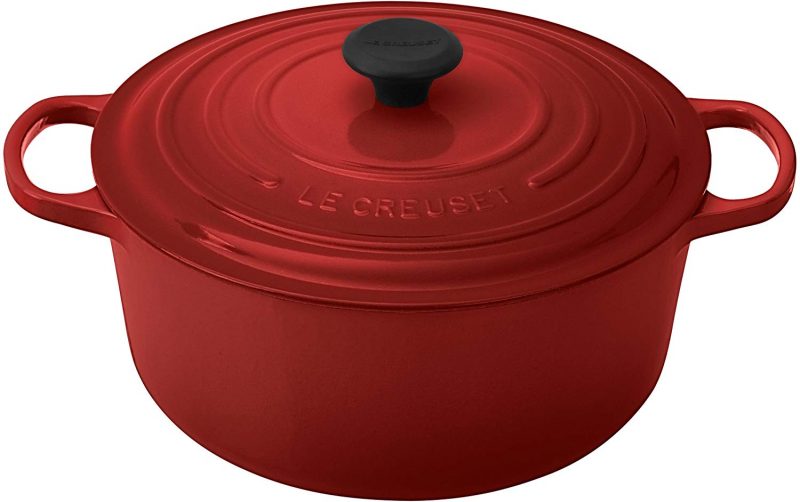 Dutch ovens are the original slow cookers. They feature a cast-iron crock typically encased in an enamel coating that helps prevent food from sticking. It’s versatile and can go from the stovetop to the oven to create all kinds of dishes.

The most well-known brand is Le Creuset or Staub, but other options exist. Le Creuset began in 1925 with a cast iron and enamel process that the company has perfected over the years. The main benefit of a dutch oven is that it cooks slowly but more quickly than a slow cooker. However, you’ll have to have an outside heat source to make everything work.

Dutch ovens are really common kitchen tools as well, with many households appreciative of the versatility of the tool. They’re easy to cook with and provide a range of recipe possibilities.

If you’re deciding between one or the other, you should consider a few different things. Let’s take a look at what you can do with both options to see which one is right for you.

The dutch oven uses cast iron to heat food evenly with only low heat. Enamel coatings prevent food from sticking, but you must have an outside heat source like your stovetop or your oven. The Crock-Pot, on the other hand, uses a ceramic crock with a similar enamel coating on its own heat source.

These materials may seem very similar, but they aren’t exactly. The dutch oven can sear and braise meats for a nice browned effect that you won’t get in the Crock-Pot. For long dishes that require many hours to cook well, you won’t get the same moist results from a dutch oven as you would a Crock-Pot, on the other hand.

Crock Pot sizes vary from almost personal-sized -crock-pots intended to keep dips and small sides warm to large oval Crock Pots that can feed multiple people. They also have segmented options where you can cook more than one dish at the same time, but the cost increases with these latter options.

Dutch ovens come in small, personal crock sizes all the way up to enormous options that feed nearly ten or more people. The size and the weight increase proportionally, so be sure you know what you’re getting into if you go up in size.

Crock Pots vary in price depending on how fancy you want to get and what size. You can get a good Crock-Pot for as low as around $50 and go up to over $100 for fancier options. The cost is associated with both features and size.

Dutch ovens can also be affordable or very expensive, depending on size and brand. Name brand dutch ovens like Le Creuset are quite an investment despite the size while other brands such as Tramontina or Lodge offer budget options.

Cooking with a Crock-Pot

Crock Pots are great for when you can’t stay over your meal during the cooking time. You load it up and leave, coming back to hot meals that practically cooked themselves. Crock Pots are best for when you’re super busy and don’t want to leave your oven on all day. They’re also best for dishes that require more moisture in the dish.

Use a Crock-Pot if:

Cooking with a Dutch Oven

Dutch ovens can go from your stovetop to the oven with no problems. They don’t take as long as slow cookers and can successfully brown and crisp dishes like whole chickens with no problems. They’re good when you need some of the moisture to cook off but still want tender vegetables and cuts of meat in your dish.

Use a dutch oven if:

The Winner – Either (Depending on Your Schedule)

A dutch oven is such a versatile kitchen tool that I’m hesitant to choose the Crock-Pot, but here’s the deal. Most of us have no time to stand in the kitchen and cook, so a Crock-Pot can help put meals on the table. If you work during the day and want to discourage eating out to save money, having a meal ready when you walk in the door is priceless.

Start with a Crock-Pot and move to a dutch oven if you discover a love of cooking. I’d love to see both tools in your kitchen, but I think starting with a slow cooker could be an excellent way to get into the concept of cooking these types of dishes and provide you with some ideas for when you do finally get your dream dutch oven.

Until then, try out your new Crock-Pot as a way to get dinner on the table when you don’t feel like it and use it to help you save money by not being tempted to go out. It’s a kitchen stable and something that can transform how you cook and how often. 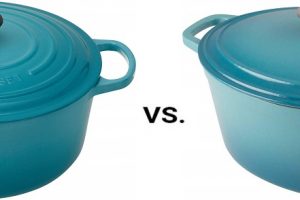 Round Versus Oval Cast Iron Dutch Oven: Which Should You Choose? 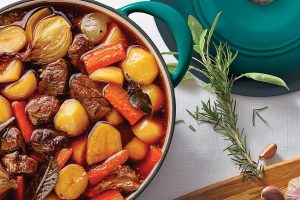 Tramontina Versus Lodge: Which Cast Iron Cookware is Better? 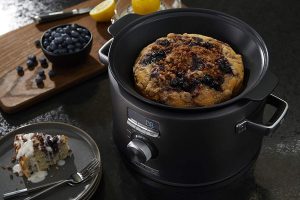 Dutch Oven versus Slow Cooker – Everything You Need to Know 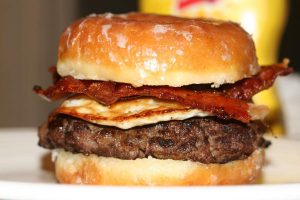 How to Pan Fry a Burger 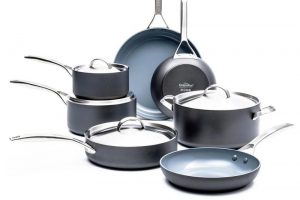 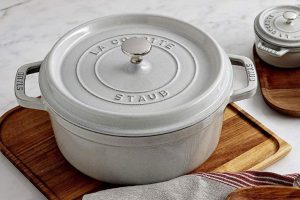